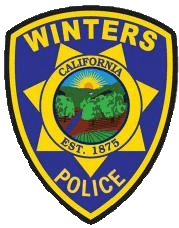 About the Winters Police Department

Our Mission
The fundamental mission of the Winters Police Department is to provide service to our community, uphold the Constitution, and deter crime and disorder through impartial service to the law.

Our Vision
The Winters Police Department will continue to be a highly responsive agency that will grow and adapt to meet the needs of our community. We will proactively engage in partnerships to identify opportunities and address challenges by developing innovative and creative solutions

Our Motto
Service with integrity 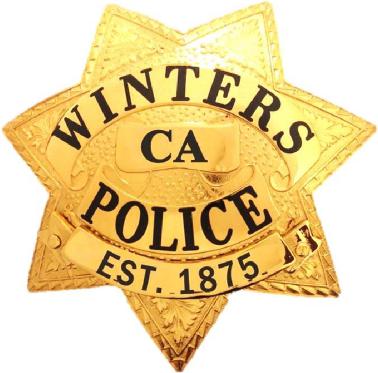 Units in the Department ~ Patrol

Officers are assigned to a patrol shift under general supervision with the expressed goal of providing public assistance; answer calls related to traffic incidents and other emergencies; enforce laws and ordinances; maintain order; prevent crime; prepare reports on activities performed; testify and present evidence in court; provide backup assistance for other officers and personnel; collect, preserve, and maintain evidence, found property and property for safekeeping; serve warrants and subpoenas and performs other related activities as needed or required. Officers are required to complete follow-up investigations on their cases and investigate each incident thoroughly.

For more information regarding this unit or if you have any questions, please contact our Patrol Sergeants

Units in the Department ~ Investigations

The investigations division conducts follow-up criminal investigations on crimes reported to the Police Department. Often, investigations are started by patrol officers who, after responding to a call for service, prepare a police report which requires follow-up investigation. Once assigned to conduct the follow-up, a Detective will review a case and conduct an investigation before an arrest is made or a case is closed. A Detective will often use additional specialized training and/or outside agency resources when conducting an investigation. Investigation staff will also provide backup assistance for other officers and personnel; collect, preserve, and maintain evidence; serve warrants and subpoenas and performs other related activities as needed or required.

For more information regarding this unit or if you have any questions, please contact Detective David Gonzalez

Records and Support services are tasked with data entry of cases, citations, warrants, and subpoenas. Additionally they disperse copies of reports and crime prevention materials, maintain social media outreach, and staff the front counter of the business office. This unit also administers property and evidence collection, storage, and disposal.

For more information regarding this unit or if you have any questions, please contact Administrative Coordinator Karla Ferguson

Reserve Officers are on call for emergency situations where additional manpower is necessary. In addition to emergency use, reserves can be used for general law enforcement duties, projects, and assistance with special programs. All duties can be performed on a day to day basis, or scheduled in advance.

For more information on this unit or to join our reserve program, please contact Reserve Coordinator Jose Hermosillo

School and Youth Resources Unit is a section within the Winters Police Department assigned to investigating crimes against children and crimes committed by juveniles. The section also is in charge of the juvenile diversion program and serves as a liaison between the Police Department and the Winters Joint Unified School District. The School and Youth Resources Unit is a support position for the department and responds as a backup officer when needed.

For more information regarding this unit or if you have any questions, please contact School Resource Officer David Gonzalez 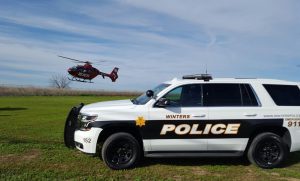 The Winters Police Department participates in several special events through Yolo county. The jurisdictions for these events can call on other agencies to assist them through mutural aid. Some of these events include the Almond Festival in Esparto and the Capay Valley, Picnic Day in Davis, and the Yolo County Fair in Woodland. 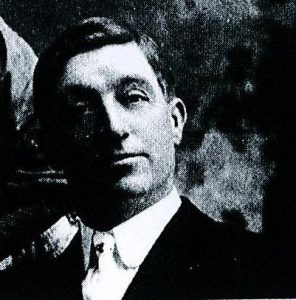 Thanks to the generosity of Winters residents, numerous documents pertaining to the Rice Family individuals and the death of Marshal Rice have been located, including the names of 8 generations of the Rice Family. Al Graf and Theresa Sackett contributed their memories, photographs and notes. Tom Crisp also did a fantastic job in tracking Marshal Rice’s family through Ancestry.com. He was able to locate Kathy, who is a great grandchild of Mary Ottie “Molly” Rice. Mary Rice is Marshal Rice’s sister.