On April 3rd at about 5:00 pm, Officers responded to the parking lot of 121 East Grant Avenue for a report of a stolen vehicle.

Officers reviewed video surveillance. The video showed a male steal a white 1992 Nissan Pick-up License Plate 17389D2; which had been left unlocked with the key inside and flee the area. Officers were able to determine the vehicle left by the suspect had been stolen from the City of Antioch with license plates stolen from the City of Williams. The stolen items were returned to their owners.

The stolen vehicle was seen in Concord by a Contra Costa Sheriff Office Deputy, who made an enforcement stop. The driver of the vehicle was taken into custody.

The driver was identified as Kenneth Hubbs, 41, of Oakley. Hubbs was arrested by the Contra Costa Sheriff Office on charges of vehicle theft, receipt of stolen property, violation of parole, and possession of burglary tools. Hubbs was booked at the Martinez Detention Facility for incarceration.

Cases like these are a good reminder for residents to lock their vehicles, make sure all valuables (wallets, purses, and electronics) are removed from the vehicle, and make sure keys are accounted for and secured. 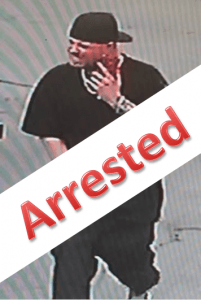