Officer Darion Cueto was born in Quezon City, Philippines. His mother immigrated to the U.S. to give her family a better chance in life when he was nine and she later remarried in Los Angeles. Officer Cueto has an older sister who helped raised him while his father worked. Officer Cueto graduated grade school and high school in the Philippines. After high school, he took a few college courses before his mother petitioned him to move to the U.S. His first residence in the U.S was in Los Angeles. Living in the U.S gave him the hunger to know more about the culture.

Growing up in the Philippines community, family was very important to Officer Cueto as it is a huge part of the culture and being young and away from his family and friends in the Philippines was hard. So, from the ages of 20 to 25 years, he went back and forth between the Philippines and the U.S. During these 5 years, he worked various jobs while in the U.S. Most of the jobs he had were communication based. Because he knew having good communication skills was very important, especially as an immigrant. He worked as a swimming instructor, prescription bagger, and a bartender when I was in LA. After years of traveling back and forth between the U.S and the Philippines, he moved to Northern California to help my mother with her medical supply business.

As the time passed by, Officer Cueto decided to go after his dream job. In 2011, he went back to school and enrolled himself in the Napa Police Academy. His experience in communication-based jobs and his passion for fitness and martial arts helped him in the academy.

As a mix-martial arts practitioner for almost 14 years, Officer Cueto has competed in different Jiujitsu, boxing, and mix martial arts tournaments. His training and competition experience helped him gain insights to persevere and face challenges. Because of those experiences, he was mentally and physically prepared to tackle any challenges in the academy. His time in the police academy was one of the best experiences he has had and graduating the academy was one of his proudest moments. Without any military experience or a college degree, he knew the competition to find a job would be difficult. He started applying for Reserve Police Officer positions to get his foot in the door and he was hired as a Level II Reserve Police Officer in Citrus Heights.

During his time as a Level II Reserve Officer, Officer Cueto was fortunate to experience the different complexities of law enforcement. He learned a more personal meaning of community policing and discovered there is a big learning curve to be a good police officer. After working for 10 months as a Level II Reserve, he was promoted to a Level I position. Unfortunately, he did not successfully pass the Field Training Program; however, he learned quite a bit from the experience. Because of his background in sports, he approached the failure as an obstacle and started to seek ways to improve his shortcomings. He went back to school and set a goal to get his Associates Degree in Communications., and after two years of taking classes, he completed that goal.

During his time in Winters Police Department, he has participated in various assignments and events such as Bike Patrol Unit, Krav Maga Defense Tactics Instructor, probation and parole searches, various city events, and assisted Yolo County law enforcement agencies with critical incidents and special events. In 2018 he was nominated for the Officer of the Year and in 2019 he was received the Life Saving Medal.

Officer Cueto has been married for four years. He met his wife starting the police academy and she is his biggest supporter. He and his wife do everything together and their faith is the foundation of their relationship. Officer Cueto says he is very blessed to have a loving and supportive family.

Officer Cueto also serves the community through involvement in his church. He has led small groups sharing his passion for fitness and has volunteered with outreach programs to help the less fortunate families in the community.

Choosing a career in law enforcement is something Officer Cueto has aspired to since he was young, and it utilizes his passion to serve. He feels the most important things in life are his family, his faith, and living his life with a purpose. He has a loving wife who supports his passion and goals and to help protect and improve the quality of life of the people around him is something he is honored to do. He is involved in his church that cultivates his relationship with God, and he is determined to make a difference in his sphere of influence. 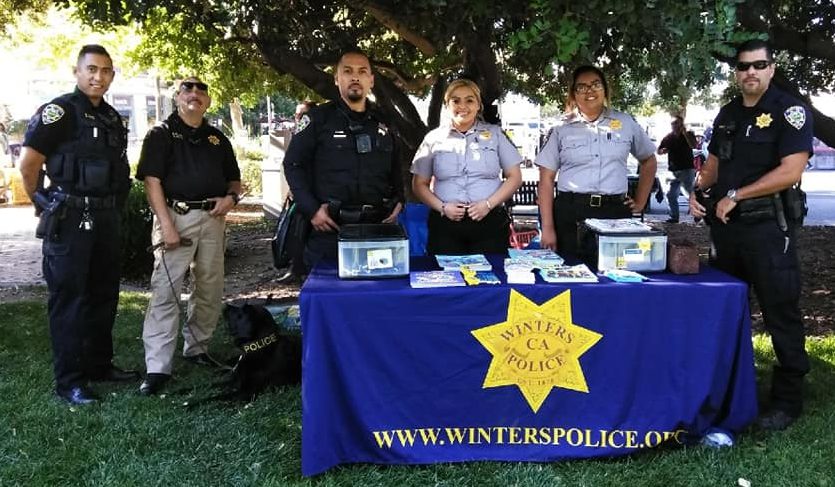