When asked why she chose to work in law enforcement she provided two references: the first being Sir Isaac Newton’s third law which states that for every action (force) in nature there is an equal and opposite reaction, first presented in his work the “Principia Mathematica Philosophiae Naturalis” in 1686. The second is Dr. Edmond Locard’s exchange principle which states every contact leaves a trace, one of the founding principles of forensic science. Both references formed CSO Jimenez’ philosophy of using what you have learned to help others.

CSO Jimenez is currently jointly assigned to the Property/ Evidence, Patrol, and Records divisions. CSO Jimenez assists with outreach projects, criminal investigation, special projects, property and evidence, the Department’s social media pages and Cadet program. She was recognized as the Officer of the Year in 2016, the first non-sworn officer at the Winters Police Department to receive the honor. 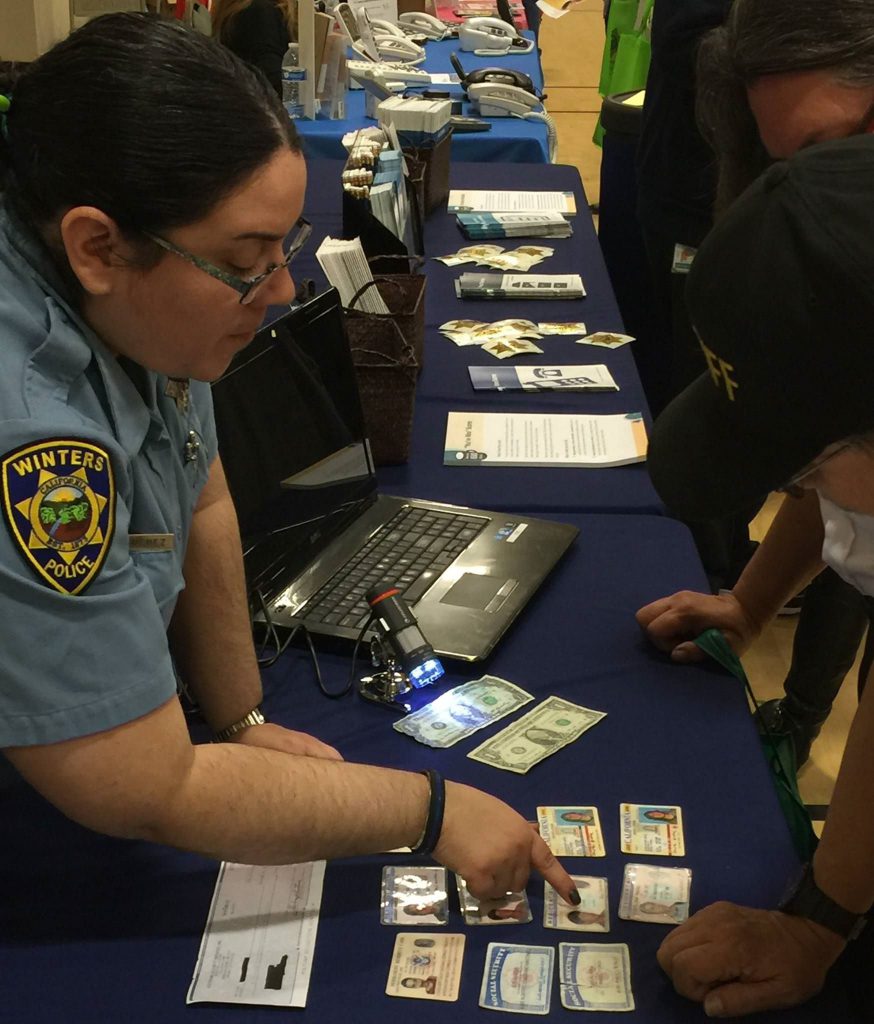 CSO Jimenez at the 2016 Senior Resources and Crime Prevention Fair.