Behind The Badge, Who We Are: Chief Miller

Chief John P. Miller came to the Winters Police Department in July 2016 and is the 10th Police Chief to serve the City of Winters since the Office of Chief of Police was established by ordinance on December 24, 1937.

Chief Miller started his law enforcement career as a Law Enforcement Explorer (“Cadet”) with the Contra Costa County Sheriff’s Department when he was 14 years old. At 21, he became a Reserve and Per Diem Deputy Sheriff, working Detention and Patrol.

After graduating from California State University, Hayward with a Bachelor’s degree in Business Administration, option in Personnel Administration and Industrial Relations, he attended the Napa Valley Basic Police Academy. He was hired by the Vacaville Police Department while in the academy and served there for nearly six years, during which time he was a K9 Handler, SWAT Team member, Honor Guard member, and Explorer Advisor. He and three other officers were awarded the Department’s Medal of Valor for their part in a critical incident in July 1997, the first time the award was bestowed in the Department’s history.

Chief Miller transferred to the Vallejo Police Department in January 2001 where he served for over nine years. In addition to the Patrol Division, he had the opportunity to work in the Community Services Division and the Professional Standards Division. He was promoted to Corporal and then Sergeant and served as a SWAT Team Leader, Honor Guard member, Explorer Advisor, Recruitment Team, Field Training Officer, and a Force Options Instructor, becoming a certified instructor on firearms, defense tactics, impact weapons, chemical agents, and less lethal alternatives, such as the TASER. In 2008, he was selected to be the Department Rangemaster, overseeing all firearms and defense tactics training for the Department. During his time with the Vallejo Police Department, he was awarded the Medal of Merit twice, Medal of Good Conduct, and earned the “10851” award for recovering stolen vehicles. He also taught at the Napa Valley Police Academy teaching firearms, use of force, and weapons law and he returned to school, earning his Executive Master’s in Public Administration (with Honors) from Golden Gate University.

Chief Miller was hired as a Police Commander with the City of Pacific Grove in Monterey County in May 2010 where he oversaw all field operations of the Department including Patrol, special events, and training. Additionally, he served as the Tactical Commander for the Monterey Peninsula Regional Special Response Team (SRU) and had the opportunity to attend the prestigious FBI National Academy, a 10-week executive leadership training program held at the FBI Academy in Quantico, Virginia.

Chief Miller served at the Pacific Grove Police Department for nearly four years, but family demands required him to return to the Northern San Francisco Bay Area/Sacramento region. He transferred to the Fairfield Police Department as a Police Officer and enjoyed working “graveyard” Patrol again, especially with new officers and the recently promoted Sergeants. In early 2016, a unique opportunity presented itself - the City of Winters was looking for a Chief of Police! Chief Miller reached out to city staff, business and community leaders, and met with the interim Police Chief, Joe Kreins. Chief Miller was enthralled with the possibility of serving as the Police Chief of the Winters Police Department because he felt he could put his experience and training to full use in a wonderful and supportive community and he was honored to be selected as the Chief of Police. Chief Miller has continued his professional education and graduated from the very first California Police Chiefs Association Executive Leadership Institute at Drucker as well as from the California Peace Officers Standards and Training (POST) Command College.

Throughout his career, Chief Miller has been supported by his wife and family. Chief Miller has a son and daughter, both in their early 20’s. His son became a Tiger Cub Scout in the first grade and Chief Miller was the Cub Scout Cubmaster and his wife was a Den Leader. Chief Miller later became an Assistant Scout Master and was exceptionally proud when his son earned the rank of Eagle Scout. His son is currently attending California State University, Sacramento where he is studying to become a special education teacher.

Chief Miller’s daughter was in 4-H for over 10 years and Chief Miller and his wife also served as 4-H Advisors. His daughter earned her 4-H Bronze Star and is currently attending school to become a Veterinarian Technician.

In his spare time, Chief Miller enjoys being in the outdoors. He is an avid hunter and free dives for abalone as well as spearfishes along California’s North Coast. He and his wife are SCUBA certified and, in addition to the cold waters of California, they have dove warm water destinations such as Cozumel, Grand Cayman, Belize, and Hawaii. Chief Miller and his wife also enjoy CrossFit.

When asked why he became a police officer, Chief Miller refers to his favorite quote, which is an excerpt from Theodore Roosevelt’s famous speech, “Citizenship in a Republic”:
“It is not the critic who counts; not the man who points out how the strong man stumbles, or where the doer of deeds could have done them better. The credit belongs to the man who is actually in the arena, whose face is marred by dust and sweat and blood; who strives valiantly; who errs, who comes short again and again, because there is no effort without error and shortcoming; but who does actually strive to do the deeds; who knows great enthusiasms, the great devotions; who spends himself in a worthy cause; who at the best knows in the end the triumph of high achievement, and who at the worst, if he fails, at least fails while daring greatly, so that his place shall never be with those cold and timid souls who neither know victory nor defeat.” 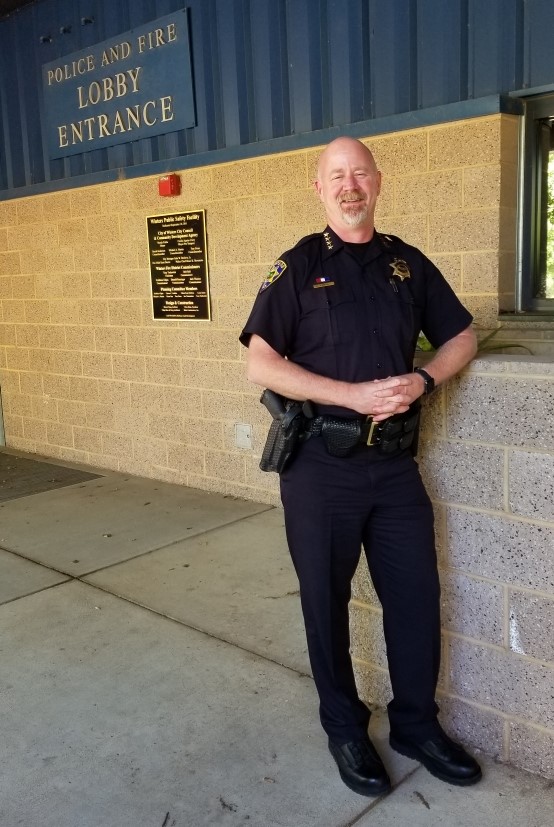 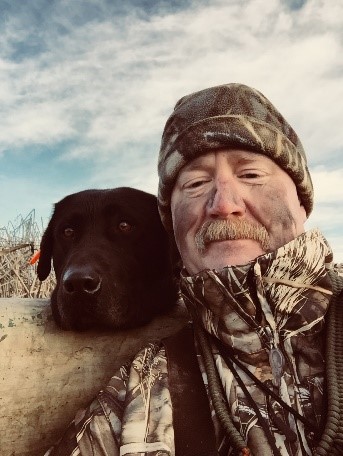