Administrative Coordinator Karla Ferguson was born and raised in Washington State. Karla worked for ITT Rayonier and ITT Financial Services from 1978-1989, at which time she moved to Winters.

January of 1990, while seeking employment, Karla walked into Winters City Hall and was immediately hired by City Clerk Nanci Mills. She worked three weeks a month in the City Clerk Office and one week a month in the Police Department until April of 1991. At that time, Administrative Coordinator Ferguson gained employment with Petoseed in Woodland.

August of 1991, Police Chief Steve Godden contacted Karla and asked her to apply for a vacant Records Clerk position for the Police Department. She interviewed and was hired. In July of 1995, she was promoted to Records and Information Systems Supervisor. In September of 2011, the Police and Fire Departments moved into the new Public Safety Facility. Karla was promoted to Administrative Coordinator for Police and Fire January of 2012 and continues to work in that capacity with 29 years of service. 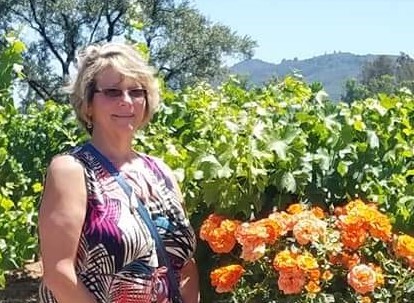